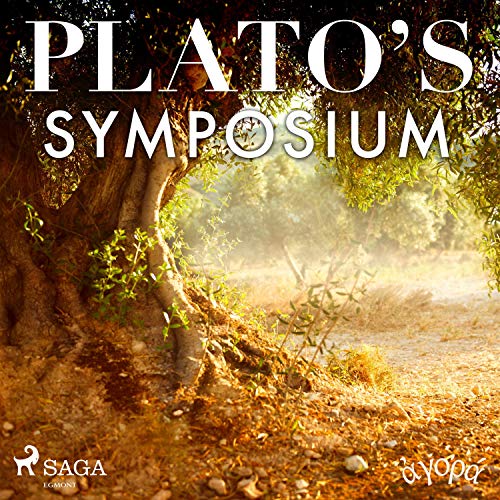 The dramatic nature of Plato’s dialogues is delightfully evident in the "Symposium." The marriage between character and thought bursts forth as the guests gather at Agathon's house to celebrate the success of his first tragedy. With wit and insight, they each present their ideas about love - from Erixymachus’s scientific naturalism to Aristophanes' comic fantasy. The unexpected arrival of Alcibiades breaks the spell cast by Diotima’s ethereal climb up the staircase of love to beauty itself. Ecstasy and intoxication clash as Plato concludes with one of his most skillful displays of dialectic.

Plato lived in Athens, Greece. He wrote approximately two-dozen dialogues that explore core topics that are essential to all human beings. Although the historical Socrates was a strong influence on Plato, the character by that name that appears in many of his dialogues is a product of Plato’s fertile imagination. All of Plato's dialogues are written in a poetic form that his student Aristotle called "Socratic dialogue."

In the twentieth century, the British philosopher and logician Alfred North Whitehead characterized the entire European philosophical tradition as "a series of footnotes to Plato." Philosophy for Plato was not a set of doctrines but a goal - not the possession of wisdom but the love of wisdom. Agora Publications offers these performances based on the assumption that Plato wrote these works to be performed by actors in order to stimulate additional dialogue among those who listen to them.

I recommend this audiobook. Speakers performed very well. The content is a classic, providing philosophical views on love, but not only. It gives an insight about life of Greeks and Socrates.