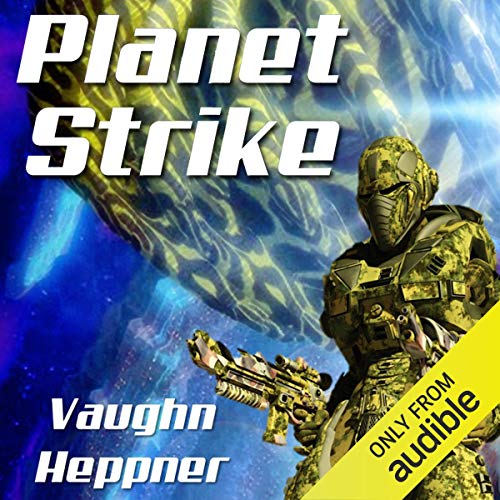 Interstellar combat in the twenty-first century by the author of Assault Troopers!

Imagine a ship the size of a planet. It has an atmosphere of methane, but there is no water. Mysterious and dark, it sails through a gateway, leaving a path open to the most implacable enemies that mankind and the aliens of the Milky Way Galaxy have ever face.

Genetically tailored, symbiotic body armor protects the human commandos that are to be dropped on the metallic surface. A trooper in his armor, with surgically enhanced, neuro-fiber speed, is the deadliest grunt in the universe. But he will have to fight an endless horde of monstrous invaders - the infantry arm of an ancient enemy older than the stones of Earth.

Creed knows the aliens of his galaxy are using the remnants of humanity to do their dirty work. Earth is already a radioactive hell, and mankind's friends view them as little better than beasts. But he has a plan to bring humanity back from extinction. First he has to do the impossible and reach the portal ship. Then he has to battle to the center and take control of the vessel. But even if he wins, he'll have to deal with his allies: Treacherous aliens with ulterior motives.

Humanity's fate is at stake, and Creed will do whatever he must against these star-born bastards, hoping to make them curse the day they messed with Earth.