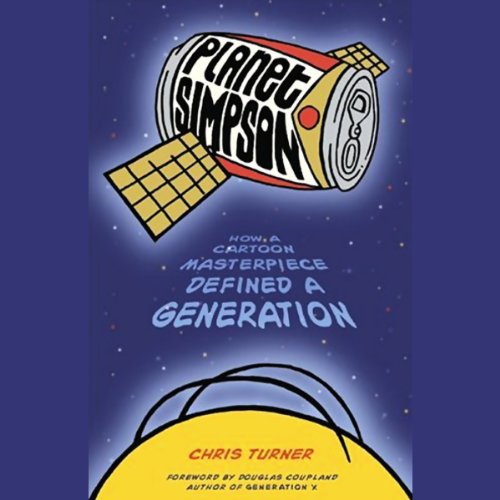 In one memorable The Simpsons moment, Homer laughs hysterically at a standup comic, pausing only to gasp, "It's true, we're so lame!" In a sense, that is author Chris Turner's main thesis: Over the last 15 years, The Simpsons has chronicled the absurdities and the defining events of an increasingly confusing culture. At the same time, Turner suggests, the show has transcended being just a cartoon and has had a profound and lasting influence, defining attitudes toward everything from pop culture to global politics.

This extremely funny examination of the 18-time Emmy-winning show uses individual characters to define different facets of the American personality: Homer is the slightly doltish but well-meaning everyman; Lisa speaks as the show's social conscience; Bart is the punk icon; Marge the moral authority; and C. Montgomery Burns represents the evil of unchecked capitalism. The ensemble provides a framework for identifying, through ruthless parody and subversive wit, the wrongs of our time. By Turner's analysis, the popularity of the show illustrates a generation's cynicism, restlessness, and ultimately, optimism and love of humanity.

Want to know even more about The Simpsons? Make My Life As a 10-Year-Old Boy your next listen.
©2004 Chris Turner (P)2004 HighBridge Company

"Turner's fannish enthusiasm and tsunami of trivia will appeal mainly to devotees, though cultural historians may value it for its vision of Springfield as a satirical mirror reflecting the trials and tribulations of contemporary life." (Publishers Weekly)