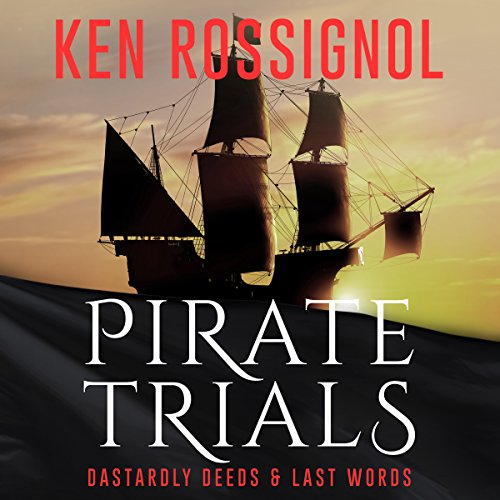 Some of the most bloodthirsty pirates in the world were brought to justice and held over for trial in Scotland, England, and the United States. These trials detail their dastardly deeds with startling testimony of those who were there and lived to be able to testify in person. What happened to the Jane of Gibraltar?

Learn how pirates repainted a ship at sea, killed the captain and cook, and set a fire in the hold with the rest of the crew to suffocate, all for the purpose of taking over the ship and a valuable cargo of silver dollars and gold.

Pirates plundered other ships on the high seas while on the brig Crawford a cunning act of piracy was perpetrated by a veteran pirate leader. He slit his own throat to escape justice while three Spaniards he recruited stood trial with the esteemed Chief Justice John Marshall presiding over the federal court in Richmond, Virginia, in 1827, a rare trial. Follow the action in a blow-by blow description of the murder and mayhem right into the courtroom.

Over 50,000 people attended one execution of pirates in England, making one wonder if anyone was fortunate enough to have the fish and chips concession that day! There are no magic scenes out of sparkling Caribbean waters with Captain Jack Sparrow dueling with a devil, but the genuine evil related in these authentic pirate trials will certainly make your timbers shiver!