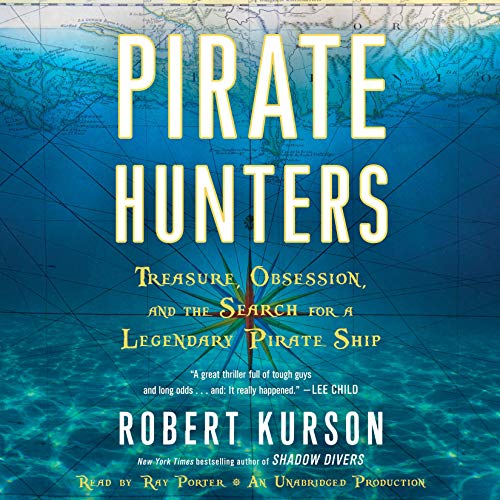 A thrilling new adventure of danger and deep-sea diving, historic mystery and suspense, by the author of the New York Times best seller Shadow Divers.

Finding and identifying a pirate ship is the hardest thing to do under the sea. But two men - John Chatterton and John Mattera - are willing to risk everything to find the Golden Fleece, the ship of the infamous pirate Joseph Bannister. While he was at large during the Golden Age of Piracy in the 17th century, Bannister's exploits would have been more notorious than Blackbeard's, more daring than Kidd's, but his story and his ship have been lost to time. If Chatterton and Mattera succeed, they will make history - it will be just the second time ever that a pirate ship has been discovered and positively identified. Soon, however, they realize that cutting-edge technology and a willingness to lose everything aren't enough to track down Bannister's ship. They must travel the globe in search of historic documents and accounts of the great pirate's exploits, face down dangerous rivals, and battle the tides of nations and governments and experts. But it's only when they learn to think and act like pirates - like Bannister - that they become able to go where no pirate hunters have gone before.

"A great thriller full of tough guys and long odds...and: It's all true." (Lee Child)
" Pirate Hunters is a fantastic book, an utterly engrossing and satisfying read. It tells the story of the hunt for the rare wreck of a pirate ship, which had been captained by one of the most remarkable pirates in history. This is a real-life Treasure Island, complete with swashbuckling, half-crazy treasure hunters and vivid Caribbean settings - a story for the ages." (Douglas Preston)
" Pirate Hunters is a gripping account of two courageous divers' quest to uncover the shipwrecked vessel of Joseph Bannister, one of history's most infamous pirates. Robert Kurson will keep you on the edge of your seat in this high-stakes journey around the globe that ultimately teaches these explorers about much more than an old ship." (Sen. John McCain)