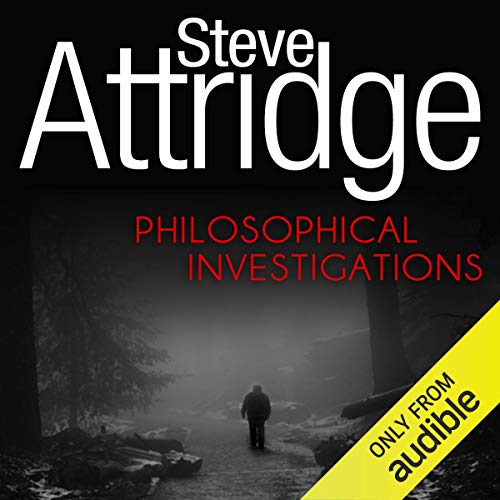 Meet Rook. A middle-aged philosophy professor with a sarcastic sense of humour, an ongoing rivalry with his highly-strung colleague Jeremy, and a rocky relationship with his ex-wife. But he has far more pressing matters to attend to than domestic disputes and academic feuds. He moonlights as a private investigator.

Armed with a quick, inquisitive mind, an arsenal of philosophic quotations and an addiction to fear, he is willing to embroil himself in any sticky situation which comes his way. His latest assignment involves the Steele family - a set of notorious criminal gangsters. Coming from a world of underhand dealings they do not want to get the police involved when a member of the family is murdered. So they turn to Rook.

Will his philosophical investigations get to the heart of the matter and solve the case? Or will their dark and dangerous world prove too hard to crack?

Steve Attridge is an award-winning screen writer and novelist. His television dramas include Hawkins and The Boot Street Band and his other books include Waking Dreams, Behind Closed Doors and Bottom of the List.