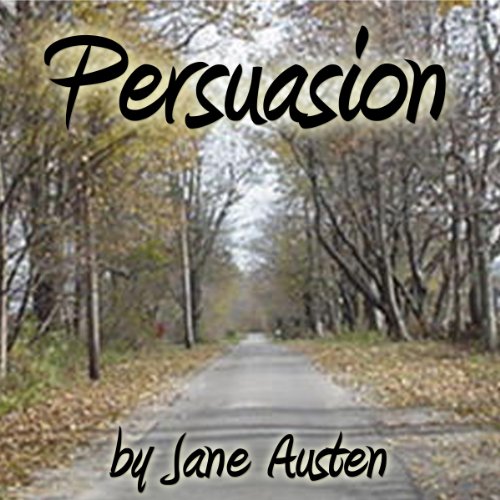 Jane Austen's last completed novel, published posthumously in 1818, depicts the trials and tribulations of the young Englishwoman Ann Elliot as she reconnects with naval captain Frederick Wentworth. After spurning his marriage proposal years earlier on the advice of friends, she is practically a spinster by the time Wentworth returns to town. After suffering through the vain, shallow society around her, Ann and Captain Wentworth do eventually find a happy ending. Although this is an earlier recording with some inconsistent sound quality, performer Jill Masters' genteel English accent is enjoyable to listen to and perfectly suited to the tale.

Jane Austen was born in 1775 and died unmarried in her early forties. The daughter of a rector, she lived a comfortable upper middle-class life which was made eventful only be her active imagination.

In Persuasion, the book's heroine, Ann Elliot, was earlier engaged to Frederick Wentworth, a young navel officer, who now has become a captain. Anne is 27, and the early bloom of youth is past, when she and Captain Wentworth are thrown together again.

This book is often thought to be the story of Jane Austen's own lost love. In it, she seems mellowed and more philosophical, touched perhaps by the sentiment of a story in which she saw herself as the heroine but in whose happy outcome she has a premonition that she would never play a part.