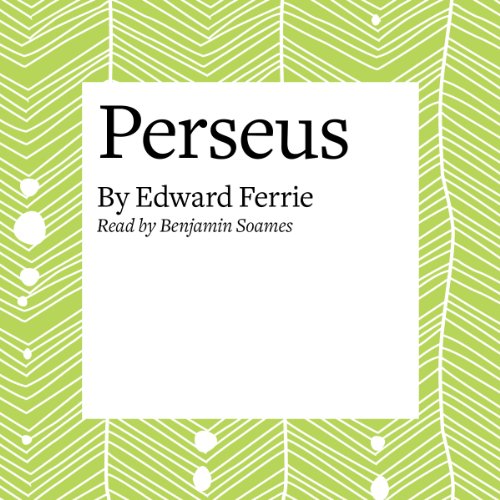 Veteran actor Benjamin Soames narrates the myth of one of Greek god Zeus’ son, Perseus, with warm, educated tones. Perseus’ adventures begin when his grandfather casts him and his mother out of Argos, fearful of the prophecy that his daughter's child by the most powerful of the gods will slay him. Edward Ferrie, a children’s book author specializing in mythological tales, explores the boy-who-would-be-king’s adventures as he grows into a powerful warrior, slays the Gorgon Medusa, rescues and marries Andromeda, and, eventually, does return to Argos to claim the throne.

This is a story from the Tales from the Greek Legends collection.

The great myths of Ancient Greece have inspired mankind for centuries. Each of the heroes has to undergo trials of strength and courage to prove his valor against a host of monsters - the Minotaur, half man, half bull; Hydra, the many-headed serpent; Medusa the Gorgon. Meanwhile, the gods, lead by Zeus the Thunderer from his seat on Mount Olympus, watch, encourage, help - and sometimes hinder. In this new retelling, the tales come alive more vividly than ever with the added drama of popular music by Holst, Wagner, and others.