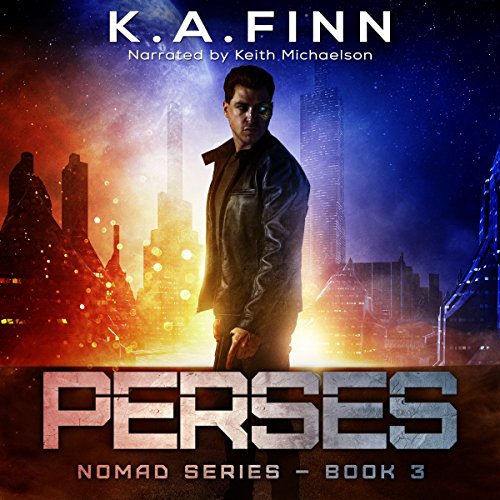 On a mission to stop the Foundation from creating an army of cyborgs, wanted felon Brayden Sawyer is trapped far from his ship and crew in the last place he wants to be...Earth. With the Foundation hot on his heels, Bray must ask his family for refuge - a family who always preferred his brother Gryffin over him and kicked him out of their lives a decade ago.

When his family rejects him a second time, Bray wonders if saving Gryffin - and completing his mission - is worth it. All his life, he's been second best to his brother, a brother he never really knew. But turning his back on Gryffin is out of the question and he won't let the Foundation do to others what they've already done to him and Gryffin.

Breaking into Foundation headquarters, Bray comes face to face with the horrible truth about his brother's cyborg enhancements as well as his own modifications. And that's not all...the Foundation is set to destroy a planet of innocent people, using Gryffin as their number one weapon.

With time running out, Bray must finish what he started. Together with Garvan and his family, Bray must escape Earth with the necessary technology to save Gryffin and stop the Foundation's evil plans. But can one man stand against the all-powerful and tyrannical Foundation? If Bray can save Gryffin, he may just have a fighting chance.