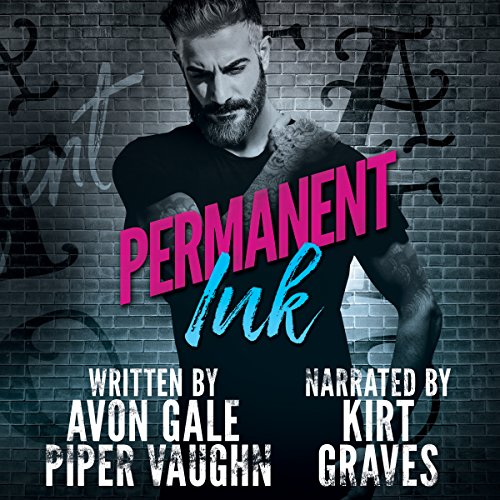 At 23, Poe Montgomery is going nowhere. He still lives in his father’s basement and spends most of his time tagging with his friends. When an arrest lands him in debt, Poe accepts the front desk job at Permanent Ink, the tattoo shop owned by his father’s best friend, Jericho McAslan. Jericho is nearly twice Poe’s age, but with his ink and prematurely graying hair, he quickly takes the starring role in Poe’s hottest fantasies.

Jericho is known for his ability to transform poorly designed tattoos into works of art, but he was once as aimless and misdirected as Poe. Wanting to pay it forward the way someone once did for him, Jericho makes Poe his apprentice and is determined to keep things strictly professional. Easier said than done when Poe makes his interest - and his daddy kink - abundantly clear.

Jericho can’t resist Poe or their intense chemistry for long. But between the age gap, tension with Poe’s father, and Poe’s best friend calling him a sellout, they’ll need to ensure they’re both on the same page before they can rewrite their rocky start into something permanent.

loved the details in this

as someone with many tattoed friends and loved of tattoos myself, this book was a total self indulgent listen and it made me very happy to have all the details set right.