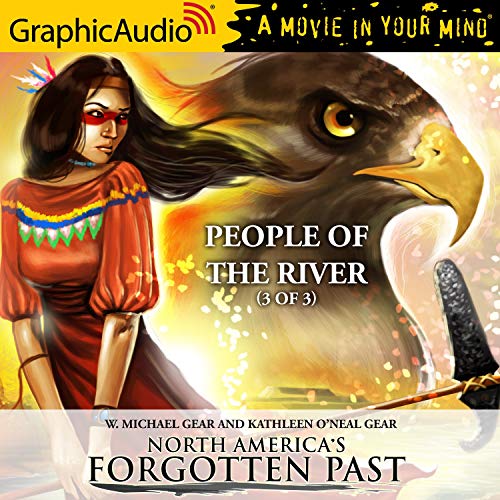 People of the River (3 of 3) [Dramatized Adaptation]

A gripping new saga of pre-historic America that takes us to the Mississippi Valley and the tribe known as the Mound builders. It is a time of troubles.

In Cahokia, the corn crop is failing again and a warchief - and the warrior woman he may never possess - are disgusted by their Chief's lust for tribute. Now even the gods have turned their faces, closing the underworld to the seers. If the gods have abandoned the people, there is no hope - unless it comes in the form of a young girl who is learning to Dream of Power.