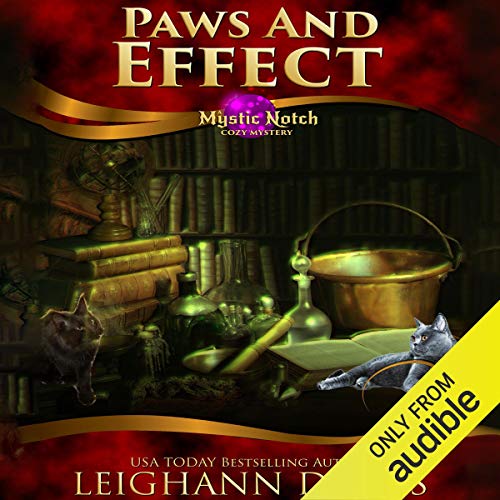 Three hundred years ago, accused witch Hester Warren buried a magical box in Mystic Notch. The secret contents within have the power to bring disaster to the town, and when the box is dug up at a groundbreaking ceremony for the new Mystic Notch Historical Museum, Hester's ghost and that of her cat make an appearance to warn the humans and enlist their help to ensure the box doesn't fall into the wrong hands. Too bad the only one listening is Pandora, the cat.

Pandora soon finds herself on a treacherous path, battling humans and cats alike, where secrets are revealed and alliances that previously seemed impossible are made. But when one cat makes the ultimate sacrifice for the good of Mystic Notch, Pandora realizes things are not what they seem and is forced to make a decision that could put her own life at risk.

This Mystic Notch adventure is a little shorter than the others and almost entirely from (the cat) Pandora's point of view! It's a standalone mystery, but it will be a lot more fun for you if you listen to at least one of the previous Mystic Notch books first, as there are some secrets revealed about the characters, and you'll enjoy it more if you already know them.