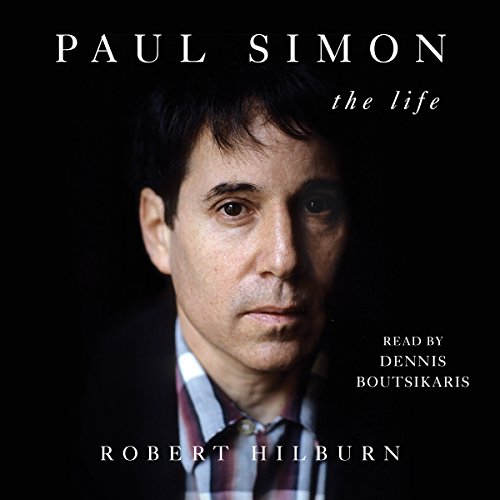 A publishing event from music legend Paul Simon: an intimate, candid, and definitive biography written with Simon's participation - but without editorial control - by acclaimed biographer and music writer Robert Hilburn.

Through such hits as "The Sound of Silence", "Bridge Over Troubled Water", "Still Crazy After All These Years", and "Graceland", Paul Simon has spoken to us in songs for a half-century about alienation, doubt, resilience, and empathy in ways that have established him as one of the most honored and beloved songwriters in American pop music history. His music has gone beyond the sales charts into our cultural consciousness. He was the first songwriter awarded the Gershwin Prize by the Library of Congress and is a member of the Rock and Roll Hall of Fame (twice) and the Songwriters Hall of Fame.

Deeply private, Simon has said he will not write an autobiography and has refused to talk to previous biographers. But he not only opened up to acclaimed biographer Robert Hilburn for what has amounted to more than 100 hours, he also urged those around him to speak. Independently, Hilburn also interviewed others who have been important in Simon's life, including his first two wives, Peggy Harper and Carrie Fisher, as well as, for the first time, people close to Kathy Chitty, his long-reclusive first muse.

The result is a deeply human account of the challenges and sacrifices of a life in music at the highest level, including the courage to leave Simon and Garfunkel at the peak of the duo's popularity to pursue more fully his expanding artistic goals. Hilburn documents Simon's search for artistry and his constant struggle to protect that artistry against distractions - fame, marriage, divorce, drugs, record company interference, rejection, and insecurity - that have derailed so many great pop figures.

Paul Simon: The Life is an intimate and inspiring narrative that helps us finally understand Paul Simon the person and the artist, including new and absorbing insights into his most enduring songs. Exploring his successes and failures onstage and off, the book combines the scholarship, passion, and storytelling grace of biography at its best.

"Using a conversational tone throughout, Boutsikaris delivers the song lyrics as if they were works of poetry, giving listeners a new perspective on them." (AudioFile)