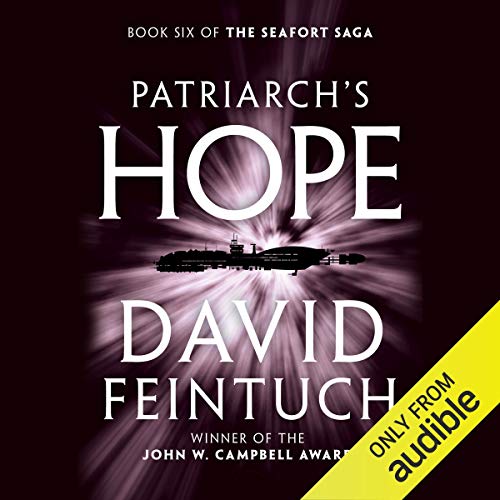 Nick Seafort returns to power as the secretary general of the United Nations, facing his most fearsome adversary yet: politics. The Transpop Rebellion ended 10 years ago with now-Secretary General Nicholas Seafort as a hero. With that political capital, Seafort stepped into place as one of the most powerful men in the world. But political clout isn't all it seems to be. While Seafort tries to stay true to his moral code, he's being pulled in every direction. His former colleagues in the navy demand more ships while the enviro lobbyists plead with him to repair the planet's broken ecosystem. Patriarch's Hope returns the focus to the Seafort Saga's charismatic and troubled title character. An explosive disaster forces Nick to reexamine his life, his family, and his future as adversaries align against him. To save the planet from itself, he will need cunning, allies, and a large helping of luck.