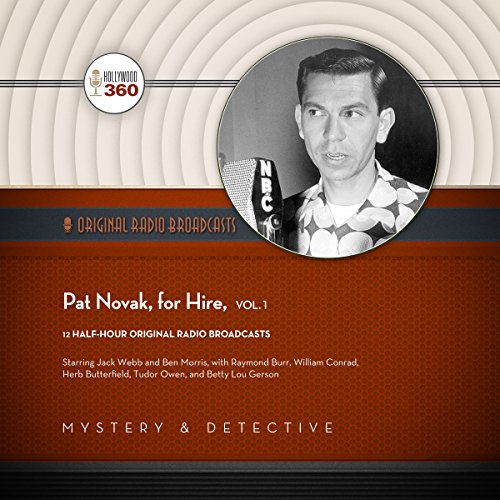 These 12 exciting episodes take you to the San Francisco waterfront, following Pat Novak as he solves some shady crimes.

Pat Novak, for Hire began in 1946 as a regional radio show produced at KGO in San Francisco and starred Jack Webb in the title role, with scripts by Webb's friend Richard L. Breen. When Webb moved to Los Angeles in 1947, Ben Morris replaced Webb as Novak. In a later network version, Jack Webb resumed the role along with Breen as scriptwriter. Pat Novak, for Hire lasted until 1949, when Jack Webb turned his attention to the series that would make him a star, Dragnet.