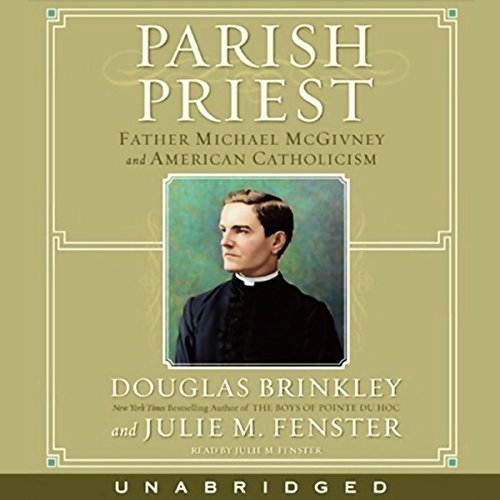 Is now the time for an American parish priest to be declared a Catholic saint?

In Father Michael McGivney (1852-1890), born and raised in a Connecticut factory town, the modern era's ideal of the priesthood hit its zenith. The son of Irish immigrants, he was a man to whom "family values" represented more than mere rhetoric. And he left a legacy of hope still celebrated around the world.

In the late 1800s, discrimination against American Catholics was widespread. Many Catholics struggled to find work and ended up in inferno-like mills. An injury or the death of the wage earner would leave a family penniless. The grim threat of chronic homelessness and even starvation could fast become realities. Called to action in 1882 by his sympathy for these suffering people, Father McGivney founded the Knights of Columbus, an organization that has helped to save countless families from the indignity of destitution. From its uncertain beginnings, when Father McGivney was the only person willing to work toward its success, it has grown to an international membership of 1.7 million men.

At heart, though, Father McGivney was never anything more than an American parish priest, and nothing less than that either; beloved by children, trusted by young adults, and regarded as a "positive saint" by the elderly in his New Haven parish.

In an incredible work of academic research, Douglas Brinkley and Julie M. Fenster re-create the life of Father McGivney, a fiercely dynamic yet tenderhearted man. Though he was only 38 when he died, Father McGivney has never been forgotten. He remains a true "people's priest", a genuinely holy man, and perhaps the most beloved parish priest in U.S. history. Moving and inspirational, Parish Priest chronicles the process of canonization that may well make Father McGivney the first American-born parish priest to be declared a saint by the Vatican.

"A popular history that is accessible in style and respectful." ( Publishers Weekly)