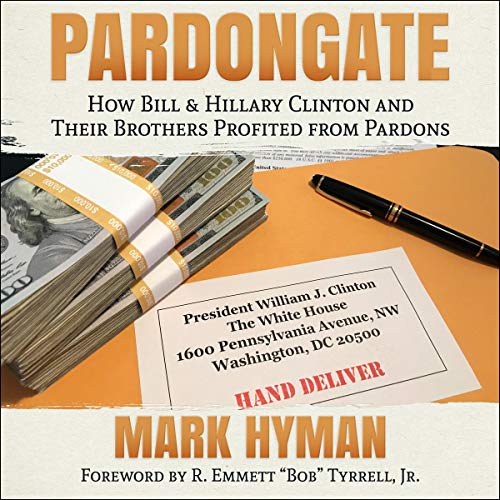 A shocking expose of the Bill Clinton pardons and commutations issued after Hillary Clinton made it known she was running for the US Senate.

Bill Clinton's abrupt departure from long-standing precedent was an astonishing abuse of the Justice Department processes and underscored the shady wheeling and dealing that was common in the Clinton orbit. Bill, Hillary, and brothers Roger Clinton, Hugh Rodham, and Tony Rodham all profited financially or politically from hustling dozens of pardons to some of history's most undeserving recipients. These ranged from worldwide pariah Marc Rich, to a cocaine-trafficking kingpin, to murderous terrorists who hadn't even requested executive clemency.