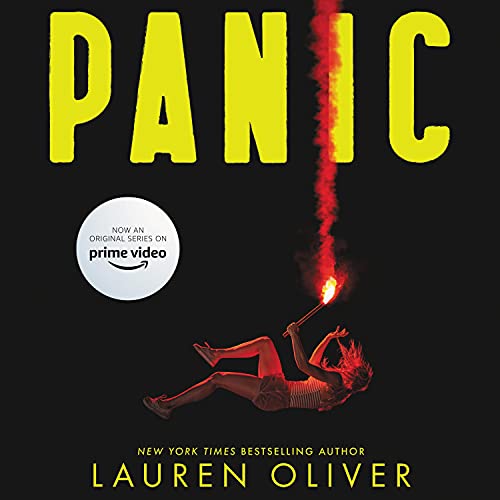 Editors Select, March 2014 - Lauren Oliver penned one of my all-time favorite YA trilogies, Delirium but it was her non-dystopian (though still fantastical) Before I Fall that really bowled me over with its narrative maturity and a complexity that didn’t lose steam. And Sarah Drew delivered a truly authentic narration for all four books. Needless to say, I’ve been looking forward to her new standalone Panic for a long time and so far it doesn’t disappoint. As with Oliver’s other books, reading this I felt like I was back on the ground in my teenage years, as she deals friendship, loyalty, envy, and hopes for the future in an absolutely realistic way. I like a first love storyline as much as any YA listener, but its Oliver’s ability to harness all the other stuff about growing up that sets her apart from her contemporaries. Emily, Audible Editor

Panic began as so many things do in Carp, a poor town of 12,000 people in the middle of nowhere: Because it was summer, and there was nothing else to do.

Heather never thought she would compete in panic, a legendary game played by graduating seniors, where the stakes are high and the payoff is even higher. She'd never thought of herself as fearless, the kind of person who would fight to stand out. But when she finds something, and someone, to fight for, she will discover that she is braver than she ever thought.

Dodge has never been afraid of panic. His secret will fuel him, and get him all the way through the game; he's sure of it. But what he doesn't know is that he's not the only one with a secret. Everyone has something to play for.

For Heather and Dodge, the game will bring new alliances, unexpected revelations, and the possibility of first love for each of them - and the knowledge that sometimes the very things we fear are those we need the most.