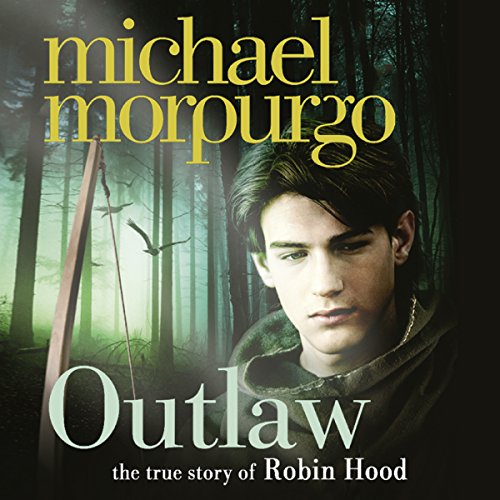 After a fierce storm, a boy discovers a human skull, buried beneath the roots of an ancient tree. A skull with a legendary story....

Vivid re-imagining of the legendary hero Robin Hood by the best-selling author of War Horse.

“Tell the sheriff, tell Sir Guy of Gisbourne, tell everyone in Nottingham, that the Outlaws rule here in Sherwood, that we rule in the king’s name… I am Robin Hood.”

Homeless and lost in a dark, strange forest, young Robin is rescued by a motley crew of misfits. He yearns to avenge his father and seek justice against cruel oppressors, to finally defeat the Sheriff of Nottingham, once and for all. And through his friends, Robin Hood finds the courage to become a legendary hero.