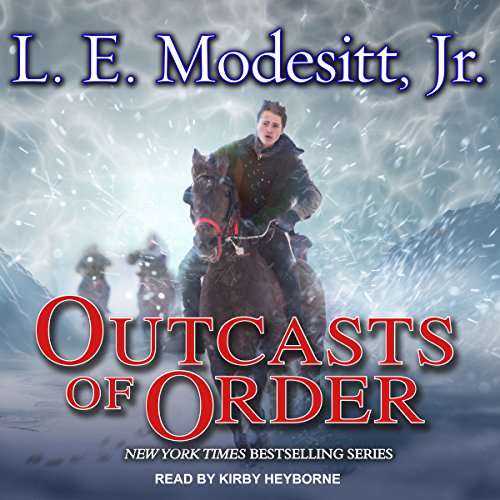 L. E. Modesitt, Jr., continues his best-selling Saga of Recluce with his 20th book in the long-running series. Beltur began his journey in The Mongrel Mage and continues with Outcasts of Order, the next book of his story arc in the Saga of Recluce.

Beltur, an Order mage, discovers he possesses frightening powers not seen for hundreds of years. With his new abilities, he survives the war in Elparta and saves the lives of all. However, victory comes with a price. His fellow mages now see him as a threat to be destroyed, and the local merchants want to exploit his power.

There's only one way he can remain free and survive - he's going to have to run.