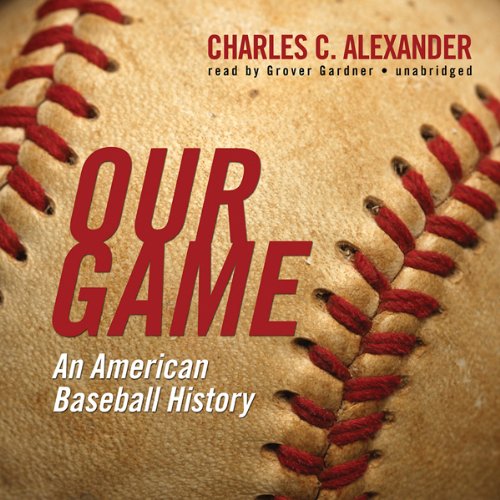 This entertaining history blends anecdote, incident, and analysis as it chronicles the story of our national pastime. Alexander covers the advent of the first professional baseball leagues, the game’s surge in the early 20th century, the Golden 20s and the Gray 30s, the breaking of the color line in the late 40s, and the game’s expansion to its current status as a premier team sport. He describes changing playing styles and outstanding teams and personalities but also demonstrates the many connections between baseball - as game, sport, and business - and the evolution of tastes, values, and institutions in the United States.

About the author: Charles C. Alexander, formerly a distinguished professor of history at Ohio University, is the author of a number of books, including the celebrated biographies Ty Cobb and John McGraw.

“This coherent narrative history captures the glory, the excitement, and the occasional scandal that characterize the country’s favorite sport. Entertaining and informative without flogging readers with a plethora of numbing statistics, Alexander’s style should appeal to fans and students of baseball lore. A book that should readily lend itself as a tool in teaching modern American social and cultural history.” ( School Library Journal)
“A commendable blend of people and events.” ( Library Journal)