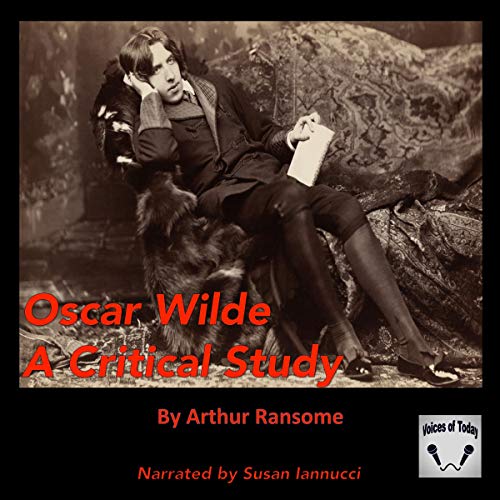 Arthur Ransome brilliantly wrote about Oscar Wilde in A Critical Study, published in 1912, and then went on to write the popular and better known children's series, Swallows and Amazons, in 1930. Ransome considers Oscar Wilde a visionary of whom every classical scholar must know. Oscar Wilde changed the culture of his own day and, by doing so, changed ours. Wilde tried various literary activities, poetry, drama, dialogues and essays, a novel, and even wrote about interior decoration. To him, art was supreme, and he pursued that ideal in every expression that he encountered, including his personal style of dress and his dinner conversations.

Ransome sums up why we should know Oscar Wilde today: "Art is, perhaps, our only method of putting off death's victory, but what does it matter to us if the books that feed the intellectual life of our generation are stones to the next and manna to the generation after that? Of this, at least, we may be sure: whether remembered or no, the works that move us now will have an echo that cannot be denied them, unheard but still disturbing, or, perhaps, carefully listened for and picked out, among the myriad roaring of posterity along the furthest and least imaginable corridors of time."