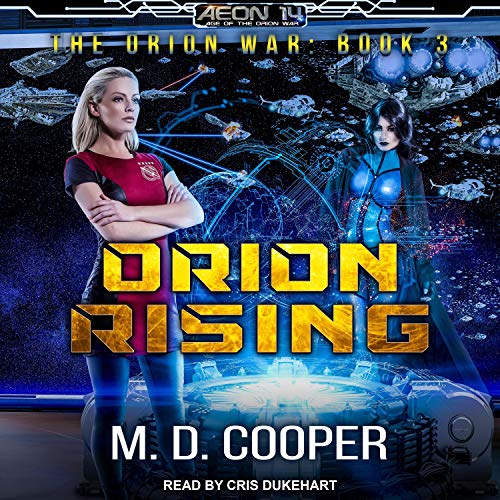 The war will come - it is inevitable.

After centuries of struggle, the ISF Intrepid has finally brought its colonists to New Canaan, a star system better than any they imagined. They made landfall and began to build their new home, far from the troubles of Sol and the Inner Stars.

Yet no one in the Orion Arm has forgotten that the colonists possess the most valuable technology known to humankind, least of all Tanis Richards - as she secretly prepares to defend New Canaan against any and all aggressors.

Now things have come to a head. A Transcend fleet has invaded New Canaan, and a Hegemony of Worlds fleet on its way. Tanis Richards must defeat a rogue AI that has its own designs for humanity's future, while saving her people from invaders.

General, governor, commander of 20,000 warships, Tanis Richards stands on the edge of a precipice. If she jumps, she will draw all of humanity into total war.