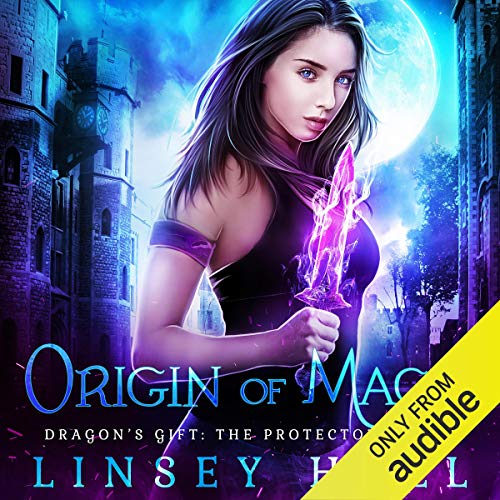 I thought I knew the world of magic. I knew nothing.

By the skin of my teeth, I passed the Vampire Court trials. I'm officially an ally, with the seductive vampire Ares on my side. Everything should be good, except that there's a magical mob boss on the hunt for dragons. Problem is: dragons are supposed to be dead. So what does he know that I don't?

It's a race against the clock to save the dragons. But things get dangerous when the mob boss starts hunting me. What was a straightforward mission becomes a tangled web of intrigue and danger. I can only get out alive if I embrace my strange new magic - along with the help of Ares and my friends.

Origin of Magic is a fast-paced urban fantasy thriller with a kick-butt heroine, a tough hero, and magic that will blow your socks off.