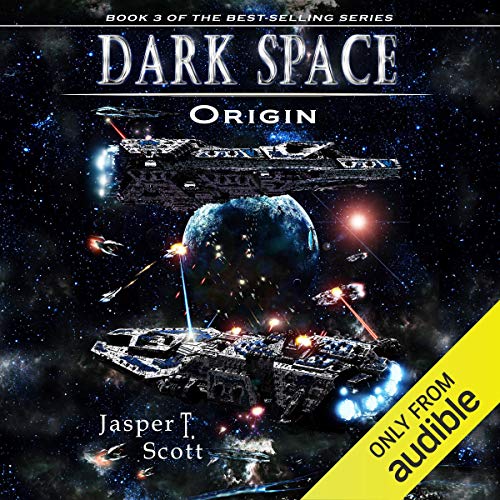 The defiant is stranded.

Ethan and his son, Atton, have been arrested for high treason and conspiracy, crimes which will surely mean the death sentence, but it's beginning to look like theirs aren't the only lives in jeopardy--the Defiant is stranded in Sythian Space, and the vessel which Commander Caldin sent to get help has used all its fuel to get to Obsidian Station, only to find out that the station has been destroyed. Now the Defiant's last hope for a rescue is gone, and everyone on board is about to die a cold, dark death.

Humanity is still fighting itself.

Meanwhile, the notorious crime lord, Alec Brondi, is plotting to capture the remnants of Admiral Hoff's fleet, just as he captured the Valiant, but Hoff's men are on to him, and Brondi is about to get a lot more than he bargained for, forcing him to flee to the one place he knows will be safe--Dark Space.

And a new invasion is about to begin.

But Dark Space is only safe because the alien invaders don't know exactly where it is, and now they have a plan to find it which will threaten not only Dark Space, but the entire human race.