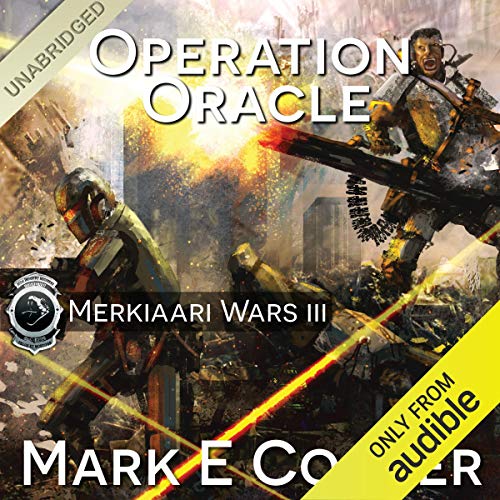 Deep under The Mountain on Snakeholme, vast computer networks are running simulations, but they're flawed and General Burgton's self imposed mission to safeguard the Alliance is in jeopardy. Without reliable intelligence, he cannot protect the Alliance from itself, let alone the Merkiaari.

The missions he authorises are blacker than black, so secret that only he and the agents performing them know of their existence, but every operation relies upon his seemingly miraculous fore-knowledge of events and he is starting to make mistakes.

Needing a solution, Burgton breaks the Alliance's A.I ban and spends trillions of credits on project Oracle, but when the project fails, and desperation sends him looking for an answer, he compounds his crime. If he can't build an A.I, he'll just have to steal one!