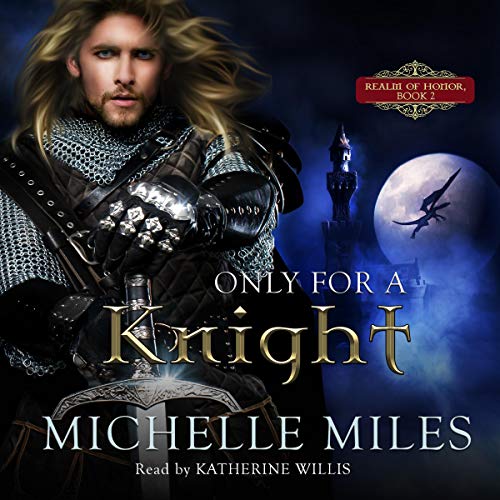 Only for a Knight

This is the second book in the Realm of Honor series.

After saving her love from certain death, Princess Elyne returns to the Otherworld by order of her mother Queen Maeve. But it's not the homecoming she expects. The queen is furious she has been meddling with humans and imprisons her, stripping away her magic. The only way Elyne can get her powers back is to perform one selfless act.

When Queen Maeve sends Sir Derron to find the guardian of the ancient Sword of Light, one of the four treasures of the Otherworld, he can't leave without releasing Elyne. After all, she altered time to save his life in the human world. But freeing the princess comes with a steep price - he must take her with him on this dangerous quest. Their search becomes much more than a pursuit for the missing guardian.

Dark Elf Lord Kieran rises to dominate the Unseelie court. He will stop at nothing to gain control of both the Otherworld and the human realm. He's murdering guardians and stealing the sacred treasures of the Fae. Even with the help of elves, dragons, and their human friends, the odds are stacked against them.

Can Elyne and Derron stop the destruction of the walls between fae and man before they fall?

Das sagen andere Hörer zu Only for a Knight