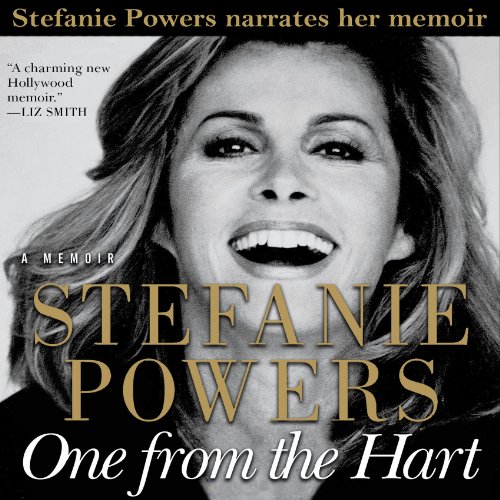 One from the Hart

The career of Stefanie Powers is one of so many stage, screen, and television credits that her name alone recalls memories as varied as her roles-on screen and off. From movie roles including John Wayne's daughter in McLintock! and Lana Turner's rival in Love Has Many Faces, to being terrorized by Tallulah Bankhead in Die, Die My Darling and befriending a Volkswagen in Herbie Rides Again, she stepped onto the television screen as the sexy secret agent April Dancer in The Girl from U.N.C.L.E. and the jet-setting, crime-solving wife of Robert Wagner in Hart to Hart.

She is also an award-winning stage actress, fitness advocate, and an internationally recognized animal conservationist.

A natural beauty groomed for show business at an early age, Stefanie Powers began her career at the tail end of the Studio System, a dynamic education in star quality and Hollywood history she happily admits was, "one hell of a ride." Privileged to have worked with some of the greatest names in the Hollywood firmament, Stephanie tells of the time she broke down in tears at a party over her divorce from actor Gary Lockwood, only to be comforted with a cocktail and the hard-won, been-there advice from two guests she had never met: Elizabeth Taylor and Ava Gardner.

This is One from the Hart, Stefanie Powers's story of a resourceful, empowered, and atypical celebrity life, told with all the candor, wit, and wisdom that have come to embody the woman herself.

Das sagen andere Hörer zu One from the Hart

such a wonderful audio book - what a great biography, what a terrific lady! painting for us the picture of her life, her work in hollywood, in the movies and on tv but more importantly her life’s work building the william holden wildlife foundation. you won’t be able to stop listening!