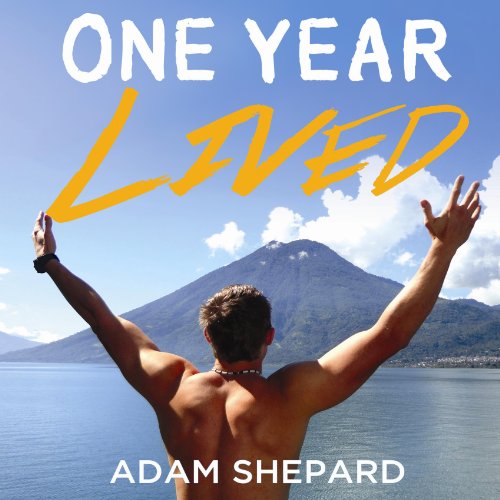 During his 29th year, spending just $19,420.68, less than it would have cost him to stay at home, Adam Shepard visited seventeen countries on four continents and lived some amazing adventures. "It's interesting to me," he says, "that in Australia, New Zealand, South Africa, Europe, it's normal for people to pack a bag, buy a plane ticket, and get 'Out There.' In the U.S., though, we live with this very stiff paradigm: graduate college, work, find a spouse, make babies, work some more, retire, which can be a great existence, but leaves little room to load up a backpack and dip into various cultures, to see places, to really develop our own identity."

Shepard's journey began in "the other Antigua" - Antigua, Guatemala - where he spent a month brushing up on his Spanish and traveling on the "chicken bus." During his two months in Honduras, he worked with an organization that helps improve the lives of poor children; in Nicaragua, he dug wells to install pumps for clean water and then stepped into the ring to face a savage bull; in Thailand, he rode an elephant and cut his hair into a mullet; in Australia, he hugged a koala, contemplated the present-day treatment of the Aborigines, and mustered cattle; in Poland, he visited Auschwitz; in Slovakia, he bungee jumped off a bridge; and in the Philippines, he went wakeboarding among Boracay's craggy inlets and then made love to Ivana on the second most beautiful beach in the world.

His yearlong journey, which took two years to save for, was a spirited blend of leisure, volunteerism, and enrichment. He read 71 books, including ten classics and one - slowly - in Spanish. "If you can lend a hand to someone, educate yourself about the world, and sandwich that around extraordinary moments that get your blood pumping, that's a pretty full year," Shepard writes.

Can everybody take a year to get missing? "Maybe, maybe not," he says, "though that's not really the point. I'm just concerned that some of us are too set on embracing certainty. We want life to be cushy and regimented, but that's not how we can create a lasting impact on our lives or the lives around us. There's only so much you can learn in the classroom. Sometimes you have to get out there to experience it, to touch it, to feel it, to see it for yourself. It's fascinating the perspective we can gain when we step out of our bubbles of comfort, even just a little bit."