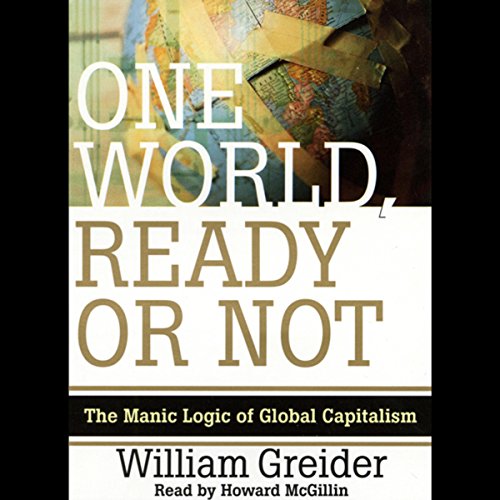 One World, Ready or Not

In One World, Ready or Not, William Greider focuses his incomparable reportorial skills on the global economy, which he contends is sowing "creative destruction" everywhere.

Greider explains the dynamics of the global economy in terms of human struggle. As he makes clear, the actions of multinational corporations and finance capitalists are no longer guided by the national interests of their home countries, but by the imperatives of the free market.

As the global economy's contradictions multiply and its instabilities deepen, are we doomed to relive the world depression and the rise of violent fascism experienced in the early 20th century? Greider believes we are not, provided we are willing to recognize the dangers for what they are - as threats not only to our middle-class lifestyles but also to social peace in both rich and poor countries alike - and provided national governments can be persuaded to reassert their powers to regulate players in the global market and protect the rights of workers everywhere before it's too late.

Das sagen andere Hörer zu One World, Ready or Not