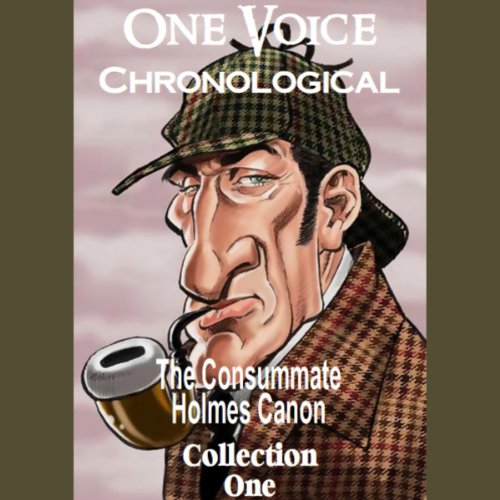 "A Scandal In Bohemia": Holmes is hired by the King of Bohemia to recover blackmail evidence, held by the woman whom the king once promised to marry, but who was abandoned for a woman of noble birth.

"The Red-Headed League": Holmes (and Doyle) pull out all the stops in this classic story. Of all the many excellent tales of Sherlock Holmes, this must rate amongst the most perplexing of them all. Why would a pawnbroker have to copy out in long-hand the complete Encyclopaedia Britannica, word for word, and what bearing can the knees of a man's trousers have on the case?

"A Case of Identity": Miss Mary Sutherland, angry and beside herself with feelings of loss, asks Sherlock Holmes to solve the sudden, mysterious disappearance of a shy and attentive man she has grown to love, upon the very day they were to be married.

"The Boscombe Valley Mystery": Holmes is brought into the investigation of what appears to be a simple, obvious case of a son murdering his father, shortly after the son was seen by witnesses near, and at, the scene of the man's death.

"The Five Orange Pips": A young man comes to Holmes for help, fearing that the unknown forces that have brought about the deaths of his uncle and father will soon visit him as well.

"The Man with the Twisted Lip": Holmes' search for Neville St. Clair has led him to the opium dens of Upper Swandam Lane, where the "disappearance" of many souls in this vile alley is a sobering fact of life. St. Clair's distraught wife has seen him there in one of the dens, but he has vanished just as suddenly. With no body, seemingly deprived of sufficient evidence, and bereft of insight, Holmes appears unable to solve the case.