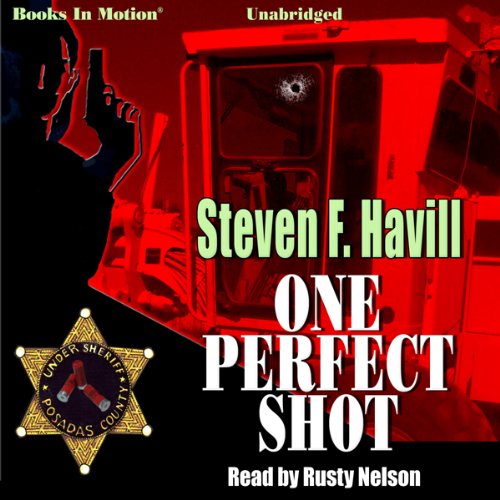 When a county employee is found shot to death in sun-drenched daylight while sitting in his county road grader, Undersheriff Bill Gastner is faced with puzzling questions. The simplest explanation - that an errant bullet from a careless target shooter's rifle blew out Larry Zipoli's brains - is soon discarded as inconsistencies surface. The fatal bullet shows no rifling marks, an investigation reveals that the shooter walked directly toward the road grader, in full view of the victim - who did nothing to defend himself.

In addition to the demands of the investigation, Gastner learns that Sheriff Eduardo Salcido has hired a new deputy without discussing the matter with his undersheriff. And Gastner learns that the new hire is destined to be the first female road-patrol deputy in the history of Posadas County. Thus begins Gastner's relationship with Estelle Reyes, whose shrewd observations shed important light on a crime that rattles all kinds of skeletons lurking in Posadas County closets.