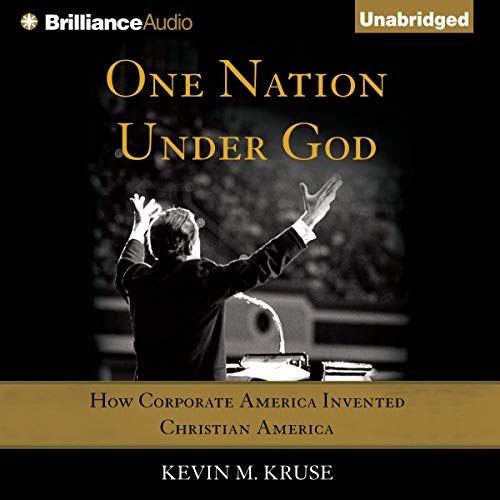 One Nation Under God

One Nation Under God

Conventional wisdom holds that America has been a Christian nation since the Founding Fathers. But in One Nation Under God, historian Kevin M. Kruse argues that the idea of "Christian America" is nothing more than a myth - and a relatively recent one at that.

The assumption that America was, is, and always will be a Christian nation dates back no further than the 1930s, when a coalition of businessmen and religious leaders united in opposition to FDR's New Deal. With the full support of Dwight Eisenhower in the 1950s, these activists - the forerunners of the Religious Right - propelled religion into the public sphere. Church membership skyrocketed; Congress added the phrase "under God" to the Pledge of Allegiance and made "In God We Trust" the country's official motto. For the first time, America became a thoroughly religious nation.

Provocative and authoritative, One Nation Under God reveals how the comingling of money, religion, and politics created a false origin story that continues to define and divide American politics today.