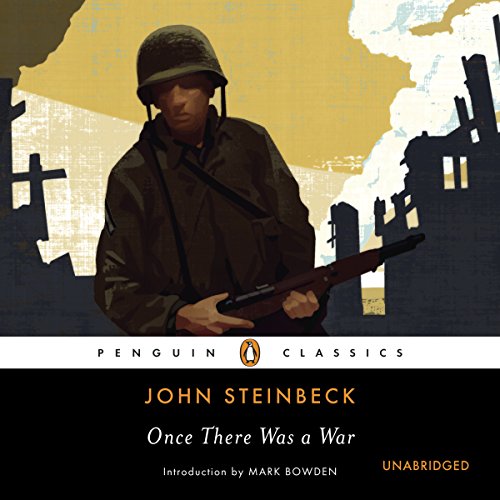 Once There Was a War

In 1943 John Steinbeck was on assignment for The New York Herald Tribune, writing from Italy and North Africa, and from England in the midst of the London blitz. In his dispatches he focuses on the human-scale effect of the war, portraying everyone from the guys in a bomber crew to Bob Hope on his USO tour and even fighting alongside soldiers behind enemy lines. Taken together, these writings create an indelible portrait of life in wartime.

Das sagen andere Hörer zu Once There Was a War