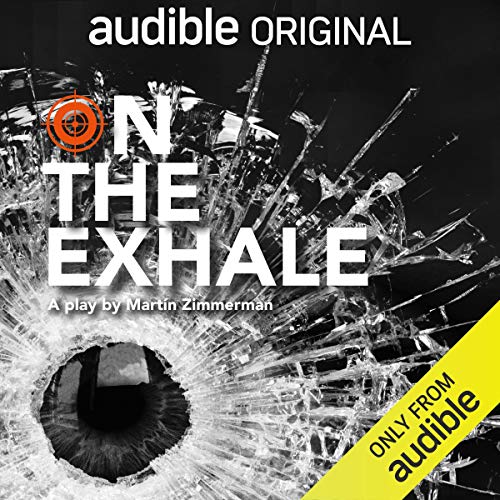 A humanities professor at a liberal arts college is terrified of what she feels is an inevitable act of violence, fearing that one day, she will be the victim of a disgruntled student’s aggression. As a single mother, no one matters more than her little boy. So when a senseless act of violence changes her life forever, she finds herself inexplicably drawn to the very weapon used to perpetrate the crime—and to the irresistible feeling of power that comes from holding life and death in her hands.

A play that The New York Times called startingly original, this Edinburgh First Fringe Award-winning production was staged in the UK by China Plate and Audible, in association with New Theatre Royal Portsmouth in August 2018. A compulsive and visceral examination of gun violence, On the Exhale is stunning, jarring, and unforgettable.

Note: Be aware that this audio drama contains mature language, content, and themes that may be upsetting for some audiences. Listener discretion is advised.