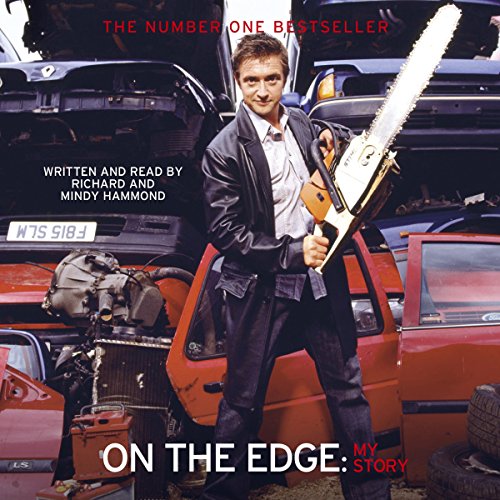 Richard Hammond describes his childhood and adolescence and the emergence of the adrenalin junkie, the first ridiculous stunts on his tricycle, and an increasing and near-obsessive attraction to speed and the smell of petrol. He finds an attractive girl, Mindy, who shares his interests and helps him organise his high-speed life. For such a lively and intelligent communicator, TV beckons and he becomes one of the daredevil trio, with Jeremy Clarkson and James May, who make such an enormous world-wide success of the revamped BBC-TV programme Top Gear.

He describes the personalities, the camaraderie, and the stunts with which they entertain their weekly audiences until the day of his 300 mph crash that took Top Gear off the air and plunged a nation into mourning. The day of the crash, his rescue and the flight to hospital in a coma are described, and then Mindy recounts the anxious waiting until he finally emerges from his coma to immediately pull out all his life-support equipment.

Richard then pieces together the stages of recovery as his shattered mind slowly reforms. We learn exactly what happened to him and the milestones in his slow recovery to full health. The final chapter recounts the return to Top Gear and the screening of the events of that fateful day.

That make me smilling and crying... it touched me.
Richard had a great voice. I'm not English but I was able to understand it.
He is a strong person and maybe his Wife is a but stronger to go trough this situation.
Im very happy he is back and do what he do best...

What a brave and loving familiy the hammond's are! I nearly cried, when Mindy and Richard were talking about the crash, the emotions and recovery! But the lesson you can learn from this story is that you should never give up! Even the worst thing happend that you can ever imagine.