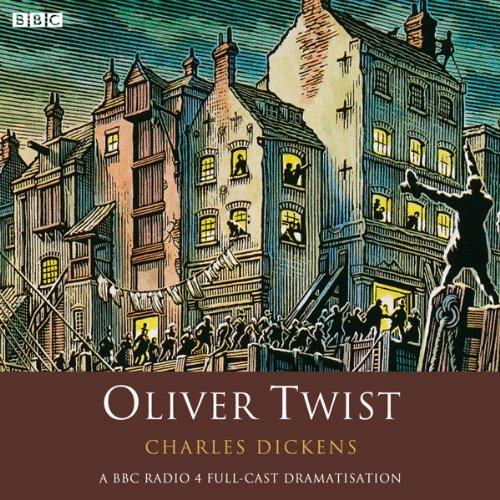 Born and brought up in the appalling deprivation of the workhouse, the orphaned Oliver escapes and heads for London, only to fall into the hands of the notorious Fagin and his gang of child thieves.

But Oliver is an innocent at heart, and the attempts by Fagin and the impudently witty Artful Dodger to teach him the tricks of the pick-pocket's trade lead only to his almost immediate capture. His subsequent rescue, by the kindly Mr Brownlow, is only the beginning of a series of adventures that lead him to an incredible discovery.

This adaptation of Dickens' second novel is a moving tale of innocence and corruption. It features some of his most vital characters, from the diabolical Fagin to the murderous Bill Sikes and his mistress Nancy, whose love for Oliver is both her redemption and her downfall.