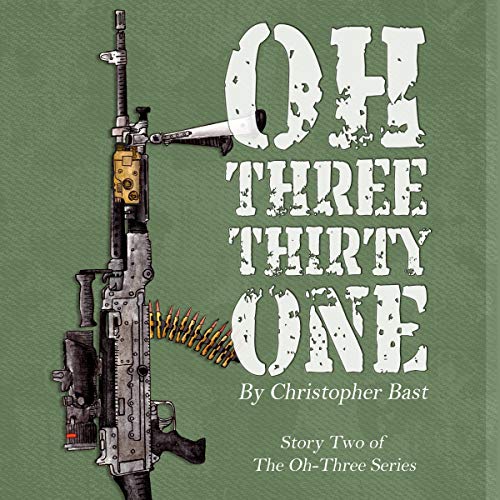 "0331" is the US Marine Corps designation for machine gunners, Marines who provide fire support by heavy and medium weapon platforms. Lance Corporals Stecker and Rodriguez work cohesively to bring their medium machine gun against the Taliban. However, Stecker’s uncontrollable anger crashes headfirst into Rodriguez’s quiet patience, and now, the two must find a means to settle their differences while the war in Afghanistan rages.

Christopher Bast is a combat veteran of the US Marine Corps having served as an 0311 rifleman and scout for the 1st Light Armored Reconnaissance Battalion out of Camp Pendleton, California. He deployed to Afghanistan in 2010, then again in 2011-12. He would leave the Marine Corps in 2013 with an honorable discharge at the rank of corporal.