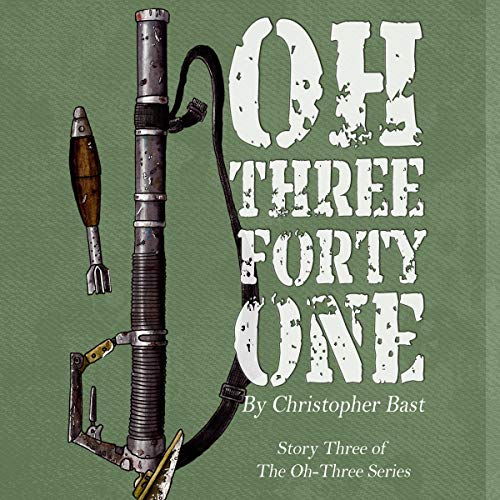 "0341" is the US Marine Corps designation for mortarmen, Marines who provide organic close support by use of indirect fires.

Shawn Brandt was simply trying to get a cup of coffee when the beautiful Jessica Earnest makes an abrupt introduction into his life. What would be the perfect date now becomes a struggle as Shawn must balance the memories of Afghanistan with the present.

Christopher Bast is a combat veteran of the US Marine Corps having served as a 0311 rifleman and scout for the First Light Armored Reconnaissance Battalion out of Camp Pendleton, California. He deployed to Afghanistan in 2010, then again in 2011-12. He would leave the Marine Corps in 2013 with an honorable discharge at the rank of corporal.