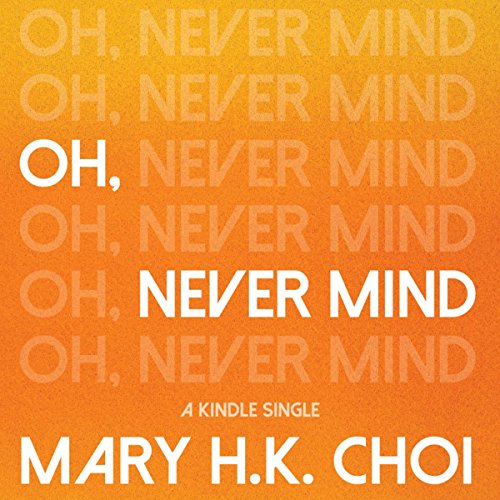 Fresh out of college, Mary H.K. Choi booked a one-way ticket to New York City and never looked back. Twelve years and countless jobs and dates and a bajillion dollars in rent later, she'd finally had enough. In Oh, Never Mind, Choi chronicles her decision to let go of New York by looking back at the hilarious and often brutal life lessons the city taught her - about love, money, friendship, and, above all, herself. From buying a criminally expensive Rick Owens coat to quitting bulimia to accidentally dating a guy who worked at the airport, these profoundly funny essays capture a young woman's struggles coming of age in a city that not only doesn't sleep; it keeps you up at night.

Mary H.K. Choi is a contributor to The New York Times, GQ, Wired, Allure, and Billboard. She is the head writer of Take Part Live, a daily news show. She is a former editor of MTV Style and executive producer of the documentary House of Style: Music, Models and MTV. She's written comic books for Marvel and Vertigo and is a founder of Missbehave magazine.