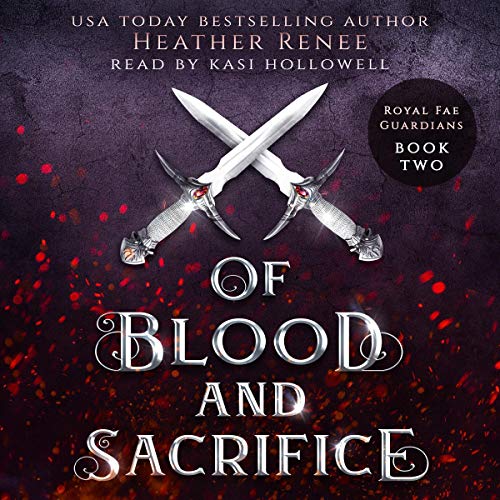 Of Blood and Sacrifice

A storm’s been awakened, and it won't be contained for long.

I've been pushed beyond my limits, my heart shattered into pieces, and a magic forced on me I know nothing about. With a darkness stirring inside me that I should be afraid of - but I’m not - it’s time to show Alaryk even though he won the last battle, he won’t get so lucky again.

My grieving period is over. I’ve moved onto rage, letting vengeance guide me. Everyone left that I care about wants me to let them in, but until Alaryk is no longer breathing, I won’t let them distract me from what needs to be done.

I’m destined for two paths. One that leads to light and love, the other, darkness and power. The time is up to decide who I will become, and ready or not, I’ll either save the worlds or destroy them.

This time, not even the Fates know how things will end.