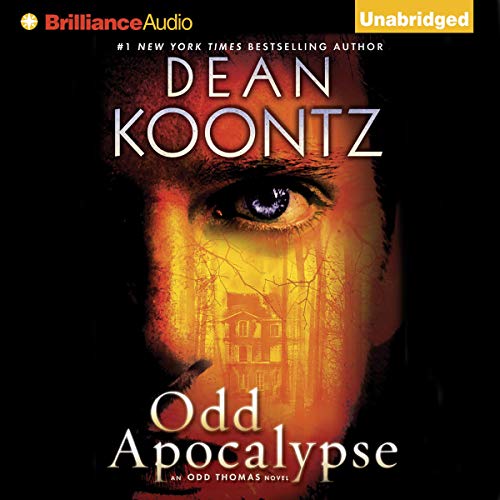 Once presided over by a flamboyant Hollywood mogul during the Roaring ’20s, the magnificent West Coast property known as Roseland is now home to a reclusive billionaire financier and his faithful servants. And, for the moment, it’s also a port in the storm for Odd Thomas and his traveling companion, the inscrutably charming Annamaria.

In the wake of Odd’s most recent clash with lethal adversaries, the opulent manor’s comforts should be welcome. But there’s far more to Roseland than meets even the extraordinary eye of Odd, who soon suspects it may be more hell than haven.

A harrowing taste of Roseland’s terrors convinces Odd that it’s time to hit the road again. Still, the prescient Annamaria insists that they’ve been led there for a reason. Just how deep and dreadful are the mysteries Roseland and her masters have kept for nearly a century? And what consequences await whoever is brave, or mad, enough to confront the most profound breed of evil? Odd only knows. Like his acclaimed creator, the irresistible Odd Thomas is in top-notch form - as he takes on what may well be the most terrifying challenge yet in his curious career.

Read very well, story a little bit over the top

I'm a big fan of Dean Koontz and when I found the 'Odd Thomas' - series, I was thrilled. The first one had all I wished for in a Dean Koontz novel: wit, suspense, the right amount of horror - a real Dean Koontz. The following books I also liked very much. This one, although read very good by David Aaron Baker, didn't capture me just like the others. It's more twisted, Odd doesn't 'merely' meet dead people and helping them find their way, preventing unspeakable things, he's involved in a complicated plot including machinery and with that (I don't want to spoil the plot) also events that - for me - didn't add up quite right. I know, it's strange to say in a story about a young man who helps dead people (or gets help from them), but here we are: that was the reason I didn't like it as much as the first four.