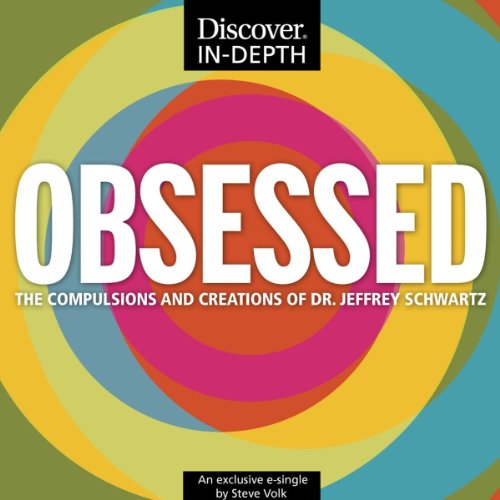 In Obsessed: The Compulsions and Creations of Dr. Jeffrey Schwartz, author Steve Volk ventures deep into the mind of Jeffrey Schwartz, a controversial, often combative psychiatrist and expert on obsessive-compulsive disorder (OCD).

Schwartz is best known to the public as the man who coached Leonardo DiCaprio for his Oscar-nominated role as the OCD-afflicted billionaire Howard Hughes in The Aviator. But his extraordinary professional contribution, achieved through a lifetime of obsessive work, is a breakthrough therapy that has helped free thousands of OCD sufferers from their habitual behaviors, compulsions and irrational fears.

Considered a pariah among his academic peers, Schwartz’s unconventional treatment methods draw on his fascination with the Holocaust, his experience with Buddhist meditation and his pioneering work documenting the neural circuitry of OCD. By teaching his adult patients to willfully rewire their brains and reverse their disease, Schwartz has challenged the prevailing view in neuroscience that free will is dead.

Veteran journalist Steve Volk, a senior writer at Philadelphia Magazine, skillfully balances the groundbreaking research of a philosopher-scientist with the story of a man battling demons of his own. Schwartz’s most pressing battle may actually be the one he fights against his compulsions and social awkwardness in his quest to find some accurate, workable definition of humanity that can help us overcome our darkest, most primitive selves.