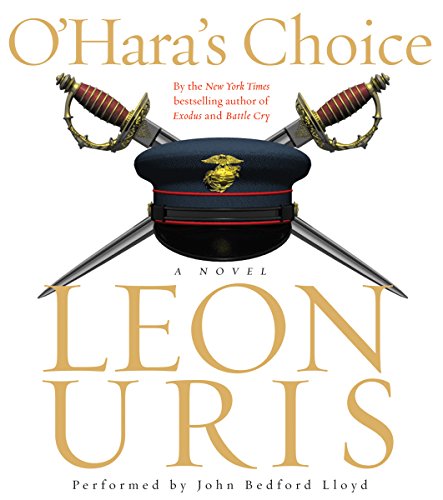 Two decades after the Civil War, first-generation Irish-American Zachary O'Hara, son of a legendary Marine and a force of a man in his own right, finds himself playing a critical role as the very existence of the Marine Corps is being decided. If he can help persuade the Secretary of the Navy that the Marines will be crucial to America's security in years to come, all the while hefting a heavy, secret weight in his heart, he'll save the Corps and make his career.

But there's an obstacle in his path that this warrior hadn't planned on. Amanda Blanton Kerr, the daughter of a ruthless industrialist, is on a mission of her own; passionate, obstinate, and whip-smart, she's an heiress poised to blaze a trail for all women.

O'Hara's Choice is the story of the inevitable collision of these two handsome, fighting spirits, in which getting their souls' desires could jeopardize everything they, and their parents before them, scraped and struggled to achieve.