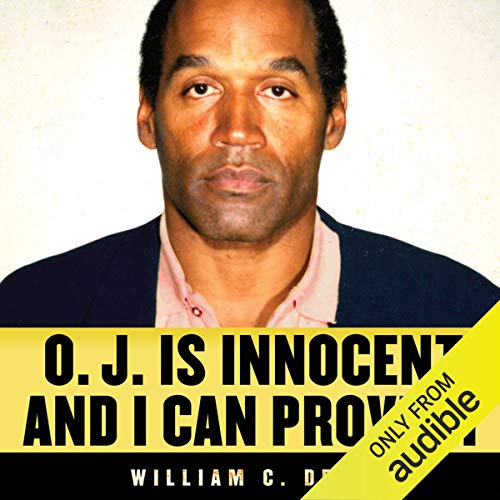 O. J. Is Innocent and I Can Prove It

O. J. Is Innocent and I Can Prove It

In this real-life investigation piece, private investigator William C. Dear knows one thing: O. J. Simpson is innocent of the murders of Nicole Simpson and Ron Goldman. William Dear sponsored is own six-year long investigation to prove this pact, and look at overlooked or missing witnesses and evidence. The largest part of theory is the little-known suspect Jason Simpson - O.J. Simpson's eldest son, who had a history of mental instability. All of this makes O.J. Is Innocent and I Can Prove It an incredible alternate look at the famous 1994 murder trial. Narrator Fleet Cooper does an excellent job laying out the material through audio.

The shocking truth about the murders of Nicole Simpson and Ron Goldman.

Nicole Simpson and Ron Goldman were brutally murdered at Nicole’s home on Bundy Drive in Brentwood, California, on the night of June 12, 1994. The weeks and months that followed were full of spectacle, including a much-watched car chase and the eventual arrest of O. J. Simpson for the murders. The televised trial that followed was unlike any that the nation had ever seen. Long convinced of O. J.’s guilt, the world was shocked when the jury of the "trial of the century" read the verdict of not guilty.

To this day, the LAPD, Los Angeles District Attorney’s office, mainstream media, and much of the world at large remain firmly convinced that O. J. Simpson literally got away with murder. According to private investigator William Dear, it is precisely this assuredness that has led both the police and public to overlook a far more likely suspect. Dear now compiles more than 16 years of investigation by his team of forensic experts and presents evidence that O. J. was not the killer.

In O. J. is Innocent and I Can Prove It, Dear makes the controversial but compelling case that it was, in fact, the "overlooked suspect", O. J.’s eldest son, Jason, who committed the grisly murders. Sure to stir the pot and raise some eyebrows, this book is a must-listen.