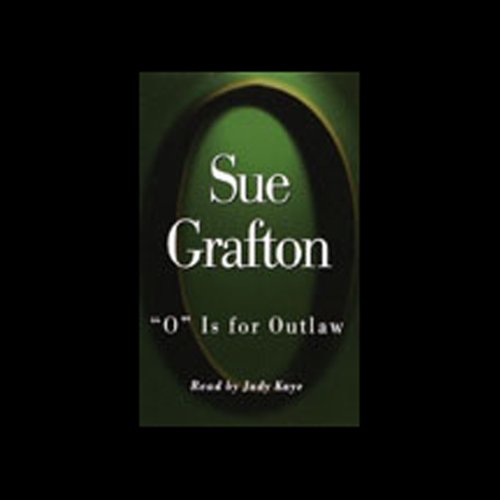 "O" Is for Outlaw

The call comes on a Monday morning from a guy who scavenges defaulted storage units at auction. The weekend before, he'd bought a stack of cardboard boxes. In one, there was a collection of childhood memorabilia with Kinsey's name all over it.

Though she's never been one for personal possessions, curiosity is a powerful force. What she finds among the items is an old undelivered letter to her that will force her to reexamine her beliefs about the breakup of her first marriage...about the honor of her first husband...and about an old unsolved murder. It will put her life in the gravest peril.

Through 14 books, listeners have been fed short rations when it comes to Kinsey Millhone's past: a morsel here, a dollop there. You know about the aunt who raised her, the second husband who left her, the long-lost family up the California coast. But husband number one has remained a blip on the screen. Until now. "O" Is for Outlaw is a revealing excursion into Kinsey's past.

"Grafton works with a cinematic eye, possessing a keen visual sense of detail, color, and style. The pace is fast, the crime difficult to solve." ( People)