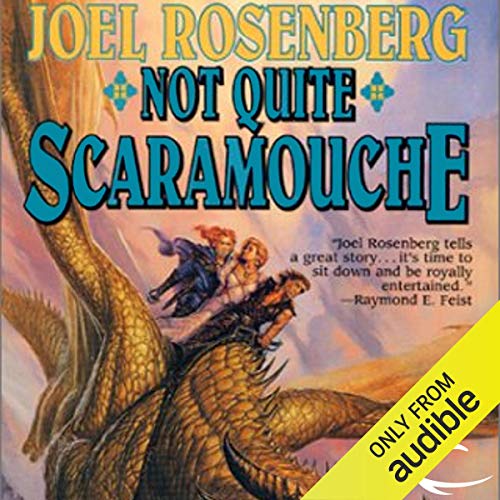 In this roller coaster of a sequel to Not Exactly the Three Musketeers, it looks like the stage is set for a major shake-up in the kingdom. Jason's help in keeping everything from blowing up are the self-appointed soldiers of the errant Jason, sent by that wily off-worlder Walter Slovotsky to keep Jason in one piece...more or less.

There's Kethol, the long and lanky redhead with an easy smile, who's quick with a quip and quicker with a sword; Pirojil, the ugly one, whose looks deceive and whose might and loyalty are worth a kingdom; and the fledgling wizard Erenor, a man who tries to stay two steps ahead of his enemies - as well as one step ahead of his friends. They're all part of the Cullinane retinue, sworn to protect the Cullinane manse and the sometimes-heroic Jason Cullinane and they have their hands full. Because no one likes a vacuum - or one too many contenders for power - Jason's soldiers are going to have to do some fast adventuring to make it all turn out all right.

Next in Joel Rosenberg's best-selling Guardians of the Flame series, Not Quite Scaramouche continues the adventures of the journeyman soldiers of Castle Cullinane (and their sometimes ill-fated leader) in all their raucous glory.