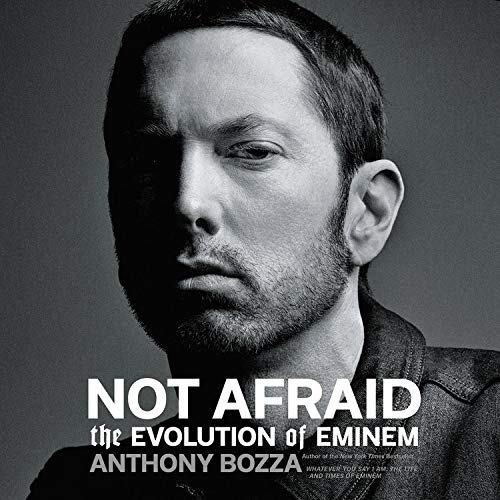 The sequel to The New York Times best seller Whatever You Say I Am, chronicling the past 20 years of rapper Eminem's life, based on exclusive interviews with the artist, his friends, and associates.

"A passionate look at the Detroit rapper's music...an expert and thoughtful assessment." (Booklist)

In 1999, a former dishwasher from Detroit named Marshall Bruce Mathers III became the most controversial and polarizing musical artist in the world. He was an outlier, a white artist creating viable art in a black medium, telling stories with such verbal dexterity, nimble wit, and shocking honesty that his music and persona resonated universally. In short, Eminem changed the landscape of pop culture as we knew it.

In 2006, at the height of his fame and one of the biggest-selling artists in music history, Eminem all but disappeared. Beset by nonstop controversy, bewildering international fame, a debilitating drug problem, and personal tragedy, he became reclusive, withdrawing to his Detroit-area compound. He struggled with weight gain and an addiction to prescription pills that nearly took his life. Over the next five years, Eminem got sober, relapsed, then finally got and stayed clean with the help of his unlikely friend and supporter, Elton John. He then triumphantly returned to a very different landscape, yet continued his streak of number one albums and multiplatinum singles.

Not Afraid picks up where rock journalist Anthony Bozza's best-selling Whatever You Say I Am left off. Capturing Eminem's toughest years in his own words, as well the insights of his closest friends and creative collaborators, this book chronicles the musical, personal, and spiritual growth of one of hip hop's most enduring and enigmatic figures.