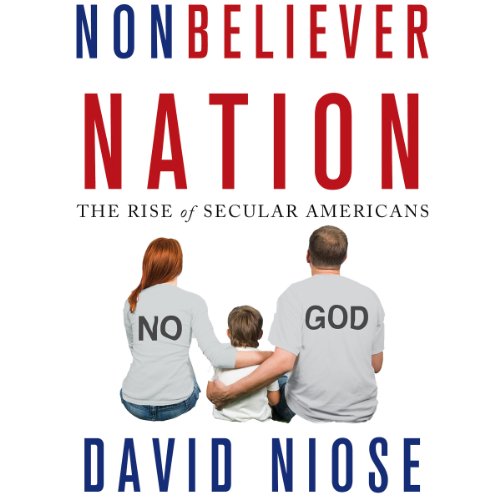 A new group of Americans is challenging the reign of the Religious Right.

Today, nearly one in five Americans are nonbelievers - a rapidly growing group at a time when traditional Christian churches are dwindling in numbers - and they are flexing their muscles like never before. Yet we still see almost none of them openly serving in elected office, while Mitt Romney, Rick Santorum, and many others continue to loudly proclaim the myth of America as a Christian nation.

In Nonbeliever Nation, leading secular advocate David Niose explores what this new force in politics means for the unchallenged dominance of the religious Right. Hitting on all the hot-button issues that divide the country - from gay marriage to education policy to contentious church-state battles - he shows how this movement is gaining traction, and fighting for its rights. Now, Secular Americans - a group comprised not just of atheists and agnostics, but lapsed Catholics, secular Jews, and millions of others who have walked away from religion - are mobilizing and forming groups all over the country (even atheist clubs in Bible-belt high schools) to challenge the exaltation of religion in American politics and public life.

This is a timely and important look at how growing numbers of nonbelievers, disenchanted at how far America has wandered from its secular roots, are emerging to fight for equality and rational public policy.