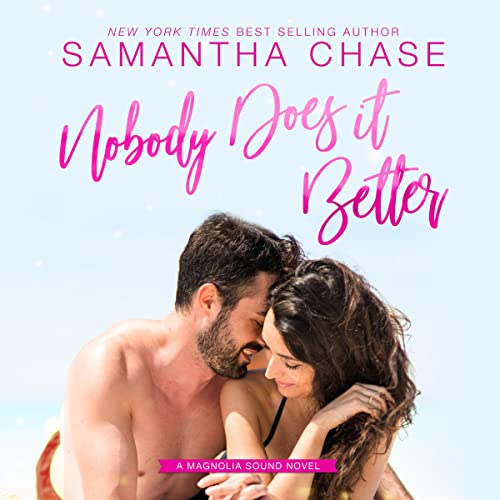 Nobody Does It Better

Peyton Bishop has big plans and big dreams when it comes to leaving her mark on Magnolia Sound. Her great-grandfather founded the coastal town, and every generation before her has left their stamp. Now it’s her turn. But just as she takes the leap and makes plans to build her own restaurant, a sexy business mogul buys her dream property right from under her.

Ryder Ashford knows a good thing when he sees it, and he knows he’s found a gem with Magnolia Sound. He just needs to get the small town up to his standards first. He’s received nothing but praise from the locals so far, but that’s about to change because the bratty and beautiful café owner whose property he just snatched isn’t shy about calling him out on his plans. He should be annoyed she’s getting in his way, but he enjoys their verbal sparring too much. Ryder’s a man who goes after what he wants, and what he wants is the best. He never thought that would turn out to be the one woman standing between him and his dreams.

Das sagen andere Hörer zu Nobody Does It Better